Bruce Laird became interested in soft-tissue chiropractic while still in high school. Close family friends began Chiropractic treatment under the care of a local practioner, and experienced a noticeable reduction in back pain and an improvement in their overall health.

Several years later, back pain from injuries sustained in Vietnam while enlisted in the Marine Corps caused him to seek similar chiropractic care for himself. He, too, noticed a marked improvement in his condition. This very positive response to treatment, a strong desire to provide others with a pain-relief mechanism that did not rely primarily on either drugs or surgery, and the conviction that each of us must find a way to contribute to the overall good, eventually led to his enrollment in Logan College of Chiropractic in St. Louis. 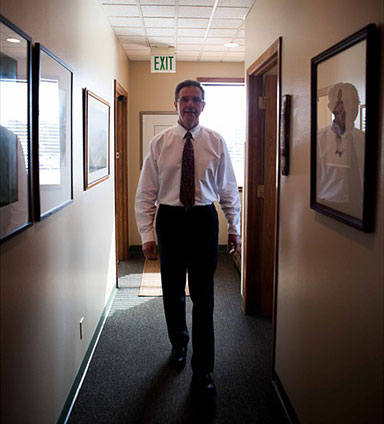